This is a measurement of the Korg Sync Protocol coming out of an Electribe E2 (Sampler). 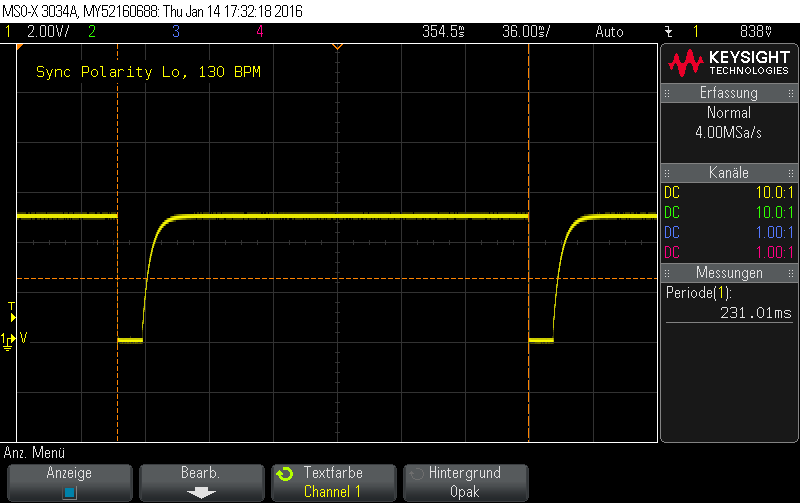 At 130BPM I measured 230ms between the two pulses. I did some other measurements on various freqencies.

The BPM ranges from 20BPM to 300BPM on the E2. I set the BPM shown in the "BPM"-Field on the E2 and measured the interval between the pulses on the oscilloscope. The result is in the "Measured Time between Pulses"-Column.

So there must be a connection between the BPM and the time between pulses. I then created the "Calculated Time between Pulses"-Colum. This column shows, how much time passes between Beats if you assume a certain BPM: 60 seconds / 120 BPM = 0,5s = 500ms. Close enough.

In the Row "Calculated Time between Pulses /2" I divided this value again by 2 and the result was very near to the measured value.

tl;dr The Snyc Protocol puts out 5V Pulses with the double speed of the selected BPM. At 130BPM you get Sync Pulses at 260BPM.

There are two more options in the Electribe 2. The first is "Sync Lo" vs. "Sync Hi". This just changes the polarity of the impulses. 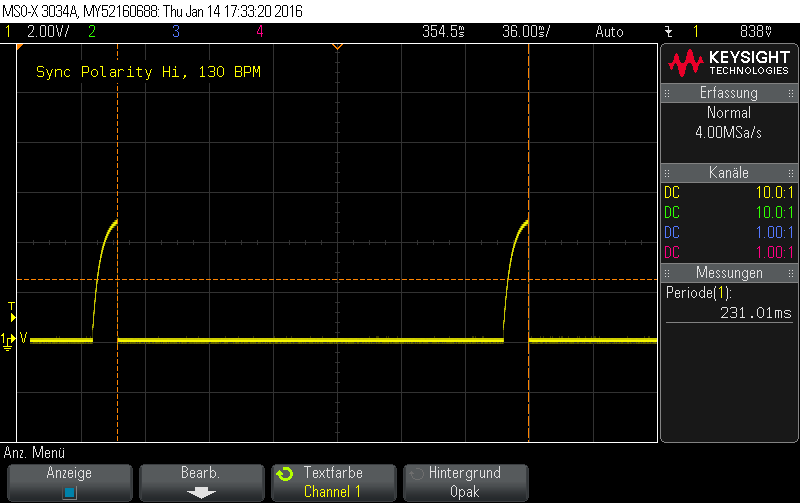 Then there ist the option "2 Steps" vs. "1 Step". With "2 Steps" being the default, "1 Step" doubles the resolution again by inserting another Pulse. 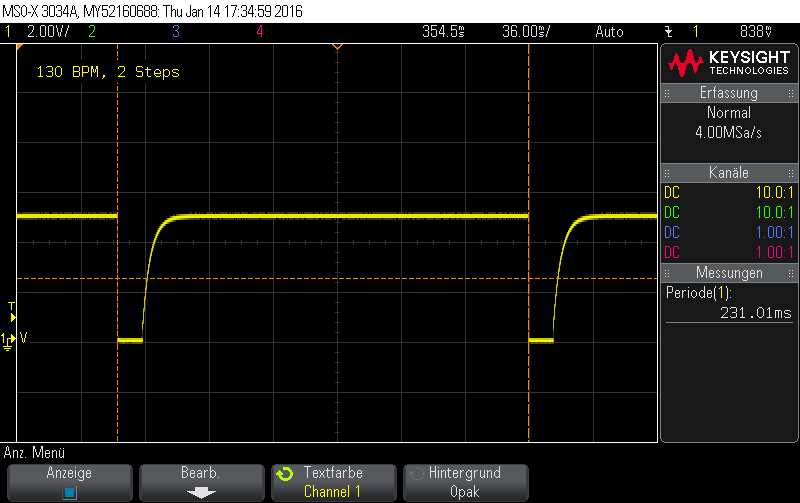 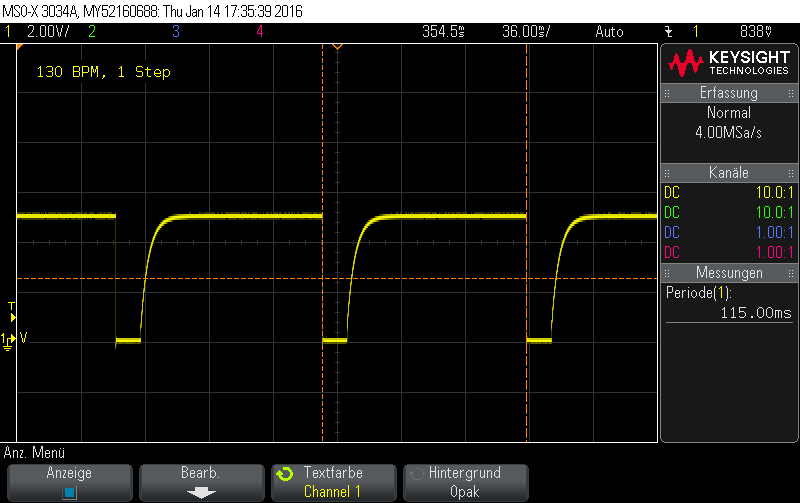